Dungeon of the Month December 2011

As Dungeon of the Month, I present to you the Abandoned Chapel of Slargor, a short dungeon for characters of levels 3-5, for use with Basic/Expert Dungeons & Dragons or Labyrinth Lord. 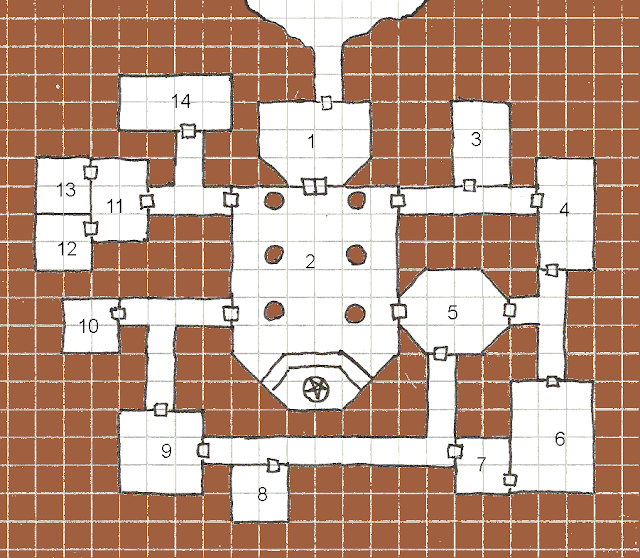 This chaotic shrine to the deity of war and slaughter is located in the Godsblood Straits, on the south edge of the south-western edge of the Confederacy of the Ten Peaks, not far from the human village of Ferrian. It had been discovered, attacked and looted by adventurers 75 years ago, just before the Wars between the Empires began. Since then the cult has not returned, but other creatures have taken its place, making the chapel their lair.