Toutus, as a continent rather than an Empire, has a wide range of wildlife as well as supernatural monsters. The continent is loosely based on medieval Europe, so looking at what sort of herbivorous creatures would be in a fantasy version of Europe I came up with:
Auroch
Giant Elk
Great Ram
Giant Boar
I admit these are sort of borrowed/adapted from 1st Edition AD & D but I reckon they are worth producing here. They seem to answer the question "What do big fierce monsters eat (apart from careless adventurers)?" 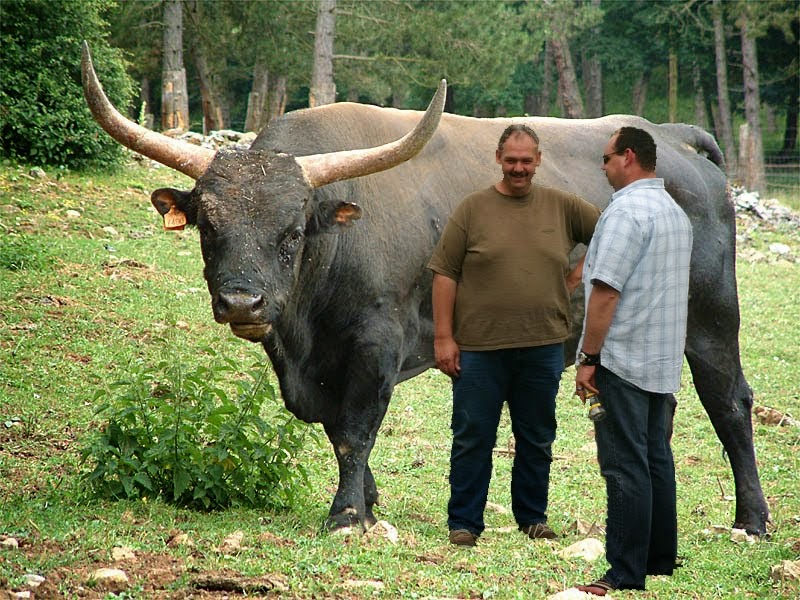 Aurochs are large wild cattle that roam the wilds of Toutus. They form small herds and usually live in temperate forests, swamps and plains where there is plenty of vegetation to feed on. Their eyesight is not very good, but their sense of smell is acute. On Kaelaross there is no significant difference between bull aurochs and cows - they are both powerful and dangerous. If an auroch has a 30' or more running start, it will try to charge an opponent. When charging it will only use its horns but gets +2 to hit and does double damage.
Aurochs are found in:
Wherever there is a random encounter with wild cattle, the DM may roll 1d6. On 1-2, the cattle are aurochs. 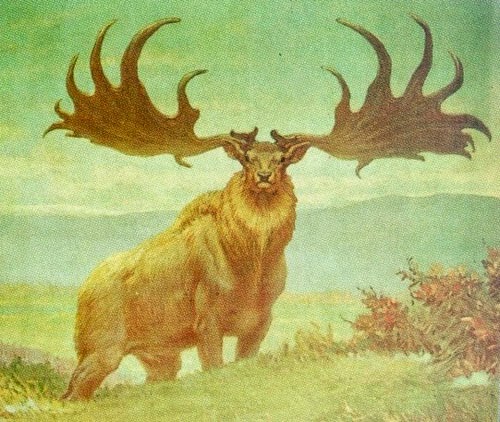 Giant Elk (the name Irish Elk seems inappropriate on Kaelaross) roam the hills and woodlands of Toutus. Their magnificent antlers make them prized among huntsmen and noblemen seeking sport. However, they do not give up their antlers easily. Only the males have antlers, and typically there will be a single giant stag accompanied by a number of giant does. The stags can charge if it has a run of 30' or more. When charging it will only use its antlers but gets +2 to hit and does double damage. Does can only use their hooves to trample, and rarely fight anyway as they usually flee any threat larger than a fox.
Giant elk are found in temperate and cold climates, usually hills and woodlands, such as:
Similar to aurochs, if a DM rolls stags or deer as a random encounter, then 1-2 on D6 says that it is a giant stag.

Great Rams are agile and powerful mountain dwellers found in hills and mountains. They are almost the size of a pony, standing 4'6" at the shoulder, and both sexes have horns (though the males are larger and more impressive). The ram can charge if it has a run of 30' or more. When charging it will only use its horns but gets +2 to hit and does double damage. It has been rumoured that some dwarven adventurers have tamed great rams to ride around on them, but this is dismissed as being silly by any self-respecting dwarf. 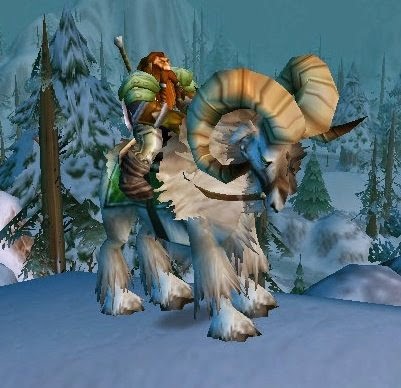 Great Rams are found in high altitudes across Toutus, including

Giant Boar are at least twice the height and length of normal wild boar, and often have more elaborate tusks and facial "warts". They are surprisingly aggressive for hoofed animals, but are omnivorous, not herbivorous. They generally do not actively hunt, but will scavenge on dead animals they come across. In combat the males and females are basically the same. 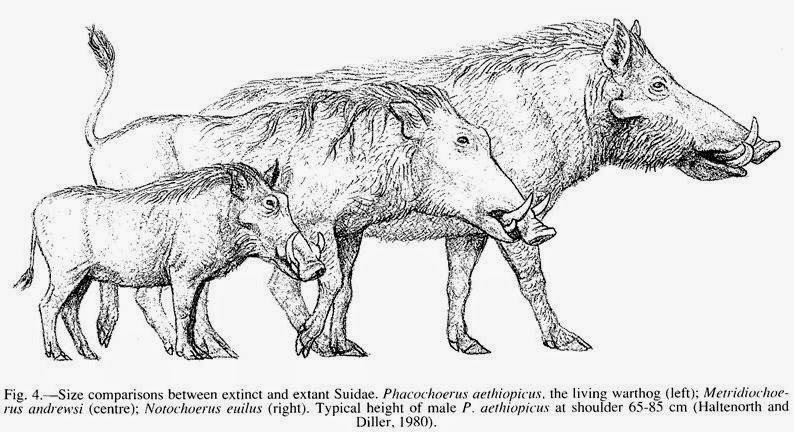 Giant boars are found in a wide range of environments
Giant boar are found in temperate and cool forests, hills and swamps, such as:


As with previous entries here, if you roll a wild boar as a random encounter, you can roll 1d6 and on a 1-2 the wild boar is actually an encounter with giant boar.
Posted by John L at 02:52