Seaview Keep is the megadungeon on the border between Teiglin and the Godsblood Straits.


This is the ground floor. The portcullis on the front has been ripped down by some monstrous strength.
The keep is mostly intact - it was built to last, and it has done so. 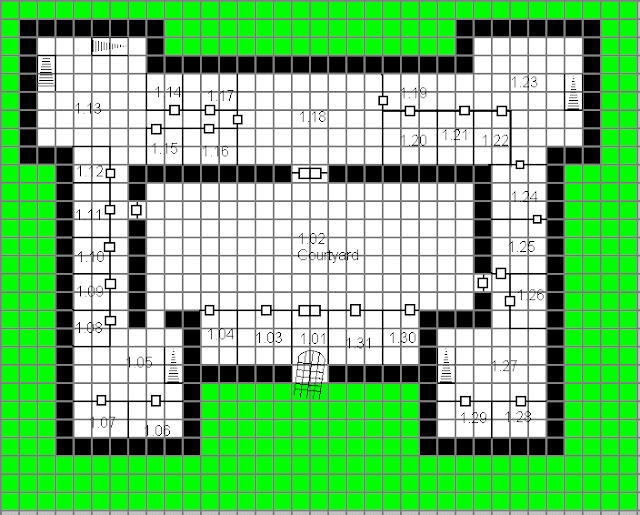 The exact contents of each room is left up to each DM.
The vital stairway leading down into the dungeons below ground is in the north-west tower. It used to have a large trapdoor covering it, but this has been smashed up and ripped away, allowing free access down into the subterranean levels.  Each corner tower has a staircase leading up to the second floor.
The courtyard is open to the sky. 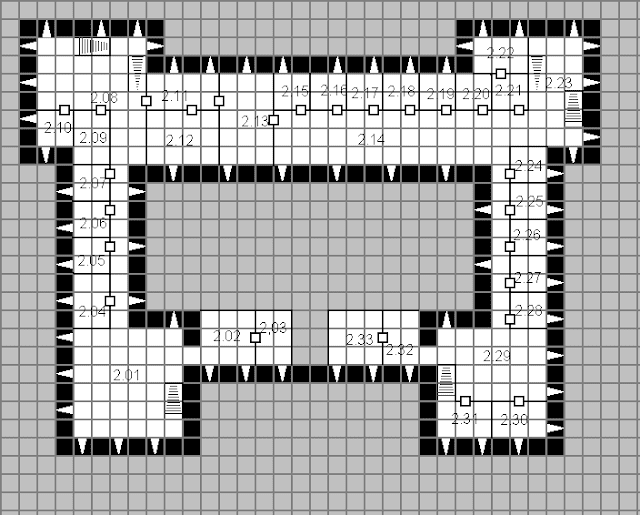 Above the second floor there are only flat roof and battlements along the walls, plus one extra level of tower on each corner, each of which has its own roof and battlements.
Many of the rooms have arrow slits which allow a little daylight into the rooms.
Posted by John L at 16:52